I love showing people around New York City, mixing food exploration with sightseeing. A recent expedition involved taking Mark, a food guy visiting from Bali, on a highly personalized journey that took into consideration preferences of his (bakeries, ice cream) and ruled out cuisines from Southeast Asia (where he lives and travels), Japan (his future home), and squeezed it into one dinner Wednesday night and half of the next day, along with homework to complete in his own time. We could have covered more places, but unlike me (probably wisely), he doesn’t eat for science – only for hunger – and our geographically disparate destinations took a toll on available eating time due to heavy New York City traffic. 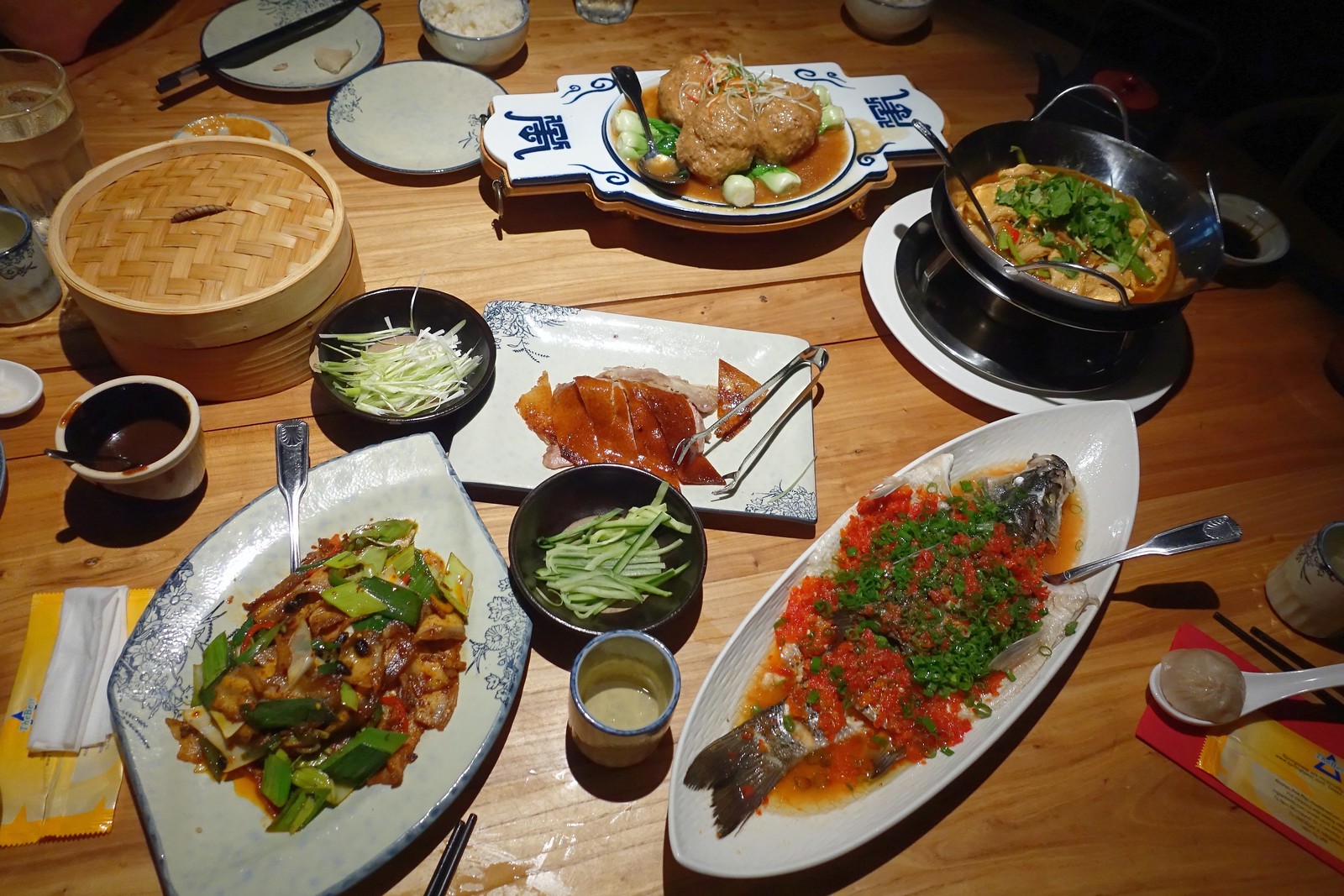 Wednesday I didn’t think I’d be able to ingest anything else after a daytime road trip to O Mandarin, a high end Chinese restaurant destination in Westchester, NY, that had consumed much more time than planned for (more on that in a future post), but I still managed to inhale a lot of chewy pig’s ears and a smattering of other items at my go-to Sunset Park spot, Yunnan Flavour Garden. More importantly, Mark loved the meal. 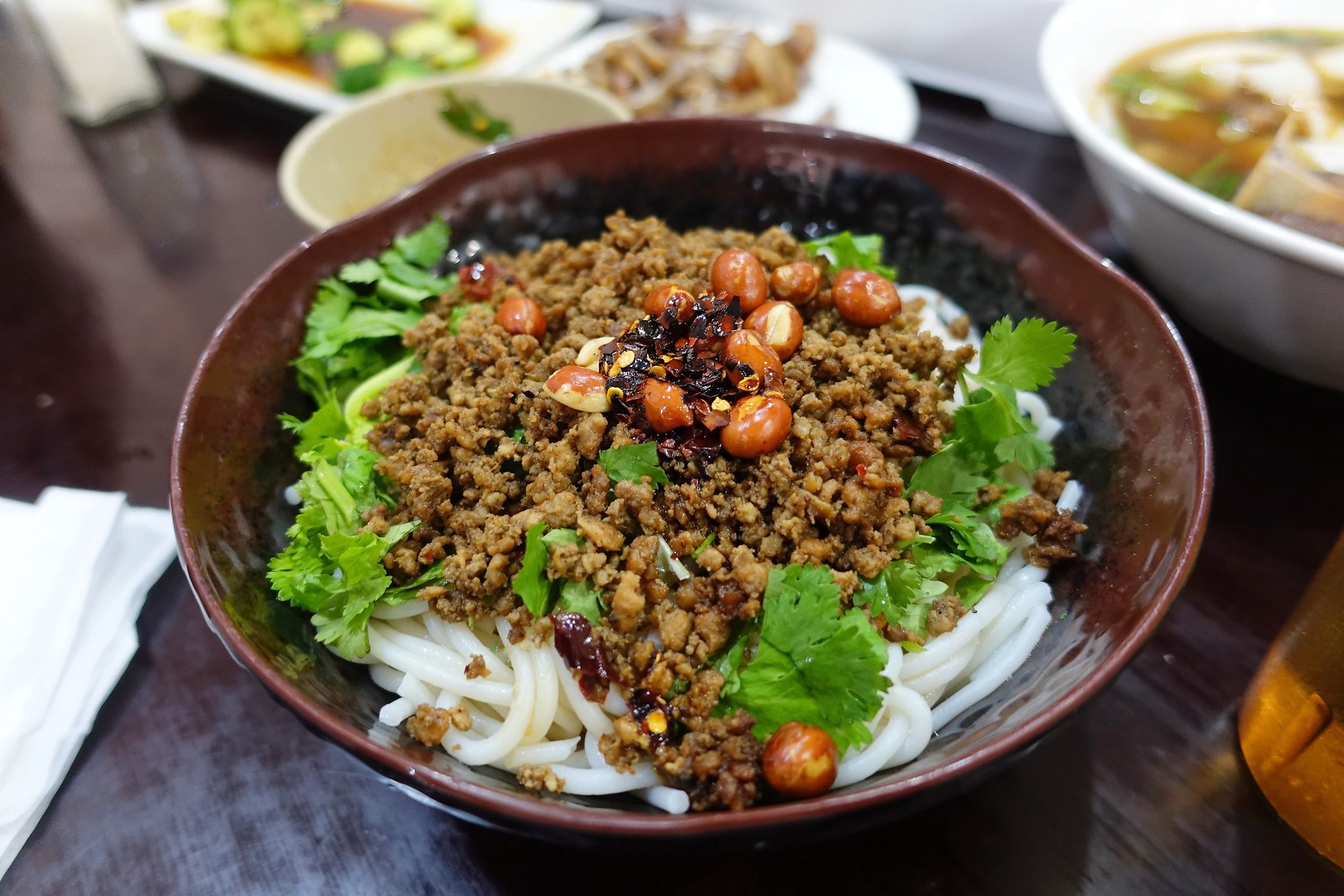 I ordered my favorite dishes, all representing different flavor profiles: crossing the bridge noodles with beef and lamb, mixed lumein, cold rice noodles, wontons in hot and sour soup. He wrote me afterwards to let me know that Yunnan Flavour Garden had been his favorite meal of trip, particularly singling out the wontons as the overall best dish. 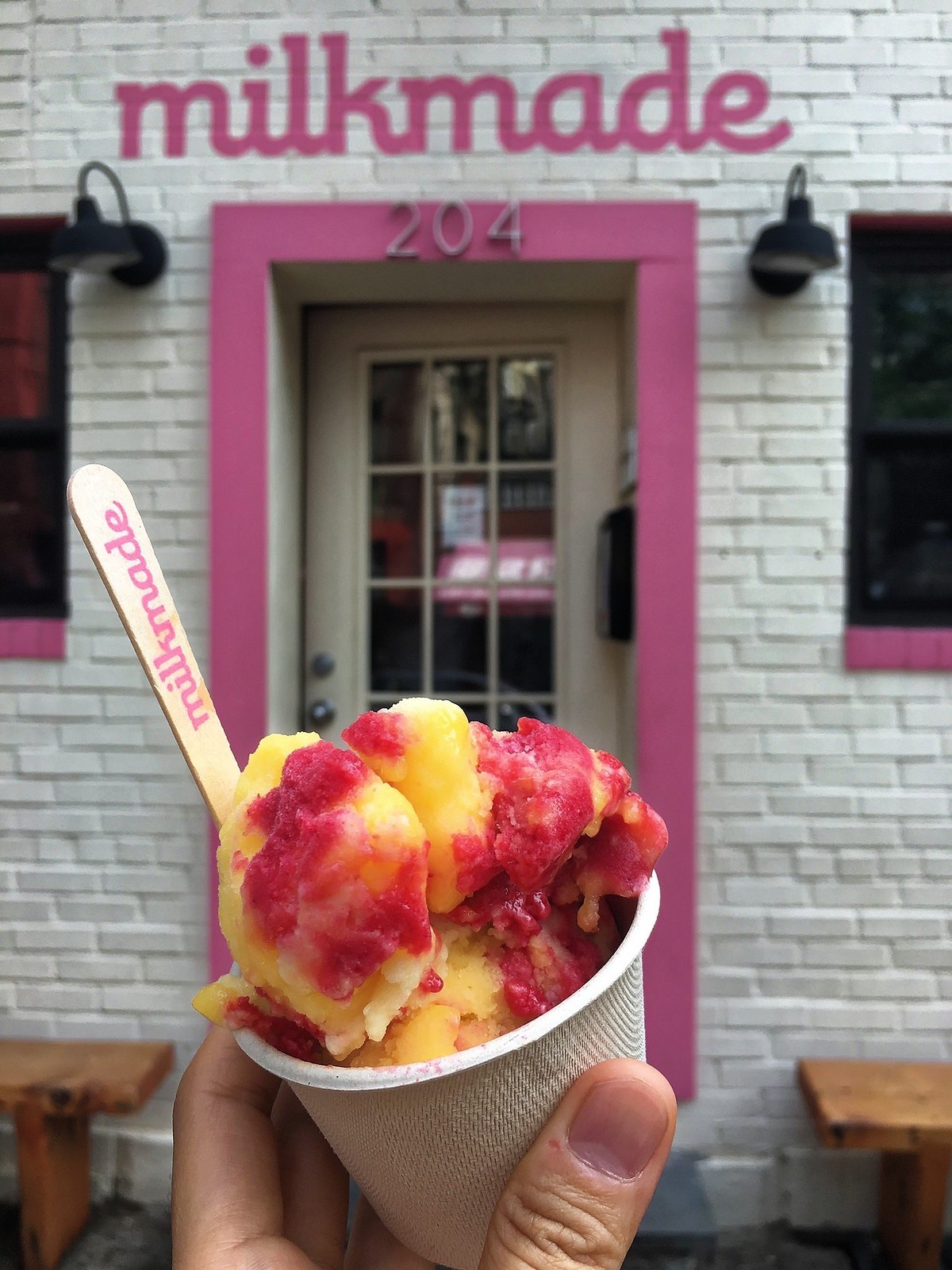 Afterward I took Mark to the MilkMade Tasting Room, a Carroll Gardens neighborhood ice cream spot that recently reopened after a one-year hiatus. I hadn’t cared much for the previous incarnation, still pining for the days of former occupant, sophisticated ice cream producer Hay Rosie, but some of the new recipes aren’t as sweet as previously and have better sweetness / flavor balance. MilkMade’s menu is broken down into Seasonal Screams and permanent flavors, and although I miss June’s sour pink lemonade sorbet, the Gotham Basil Chip (mint chocolate chip spin-off) is in my personal dietary rotation. Mark loved the creamy, seasonal, Ditch Plains Strawberry. 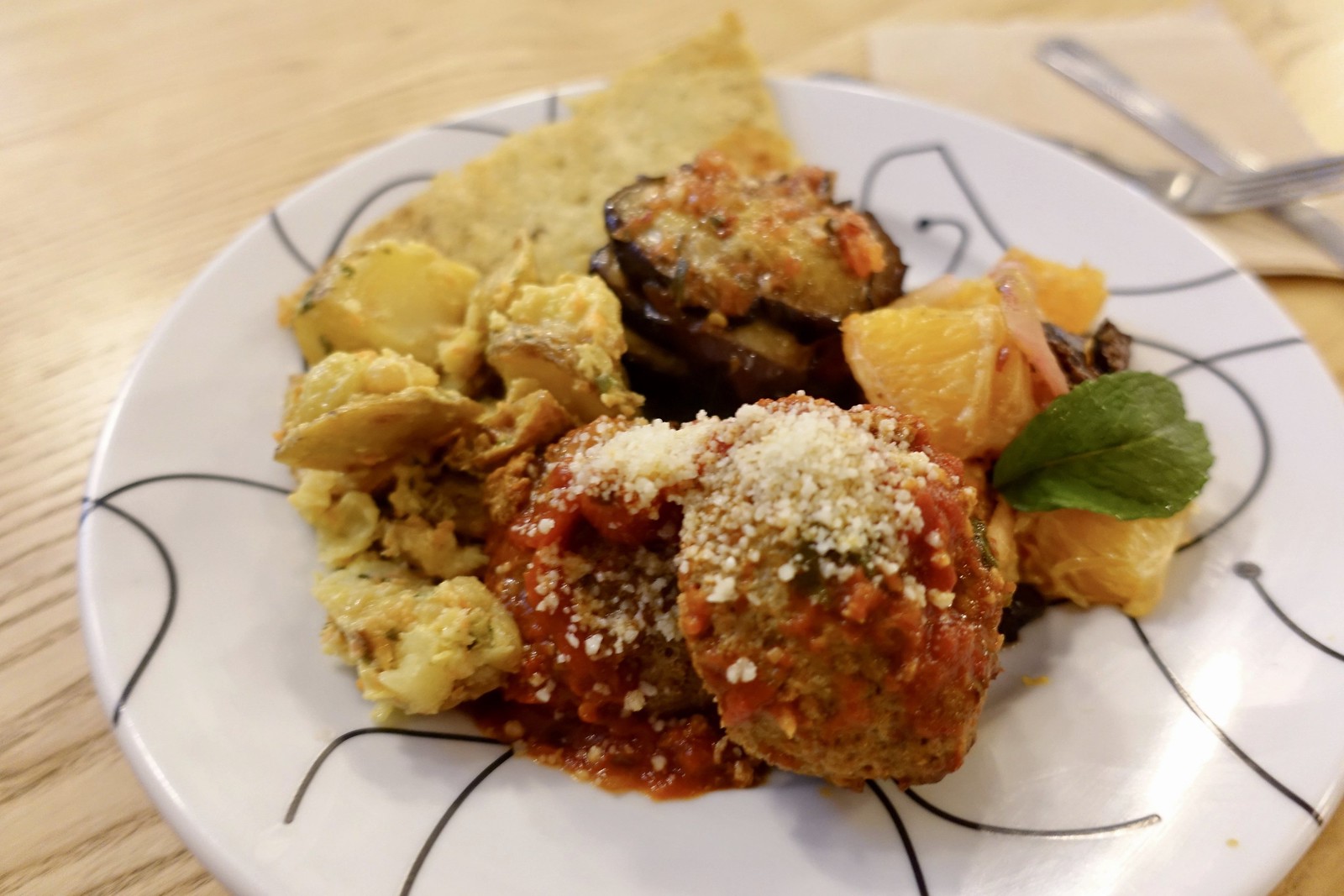 The next morning, after a few quick stops in Williamsburg, Brooklyn including Meyer Bageri for a gander at the bread and a hibiscus danish to-go, and Oddfellows, an ice cream parlor that I though he should see for completeness, we arrived at Archestratus Books & Foods for a snack. Archestratus is one of my favorite spots in New York: an attractive, owner-operated food book store cum cafe loaded with personality, with a comprehensive food maga(zine) collection and a shelf custom-made to the owner’s specifications and loaded with lovely Japanese notebooks and imported Sicilian specialties (she has a great price on Marco Colzani pistachio spread). 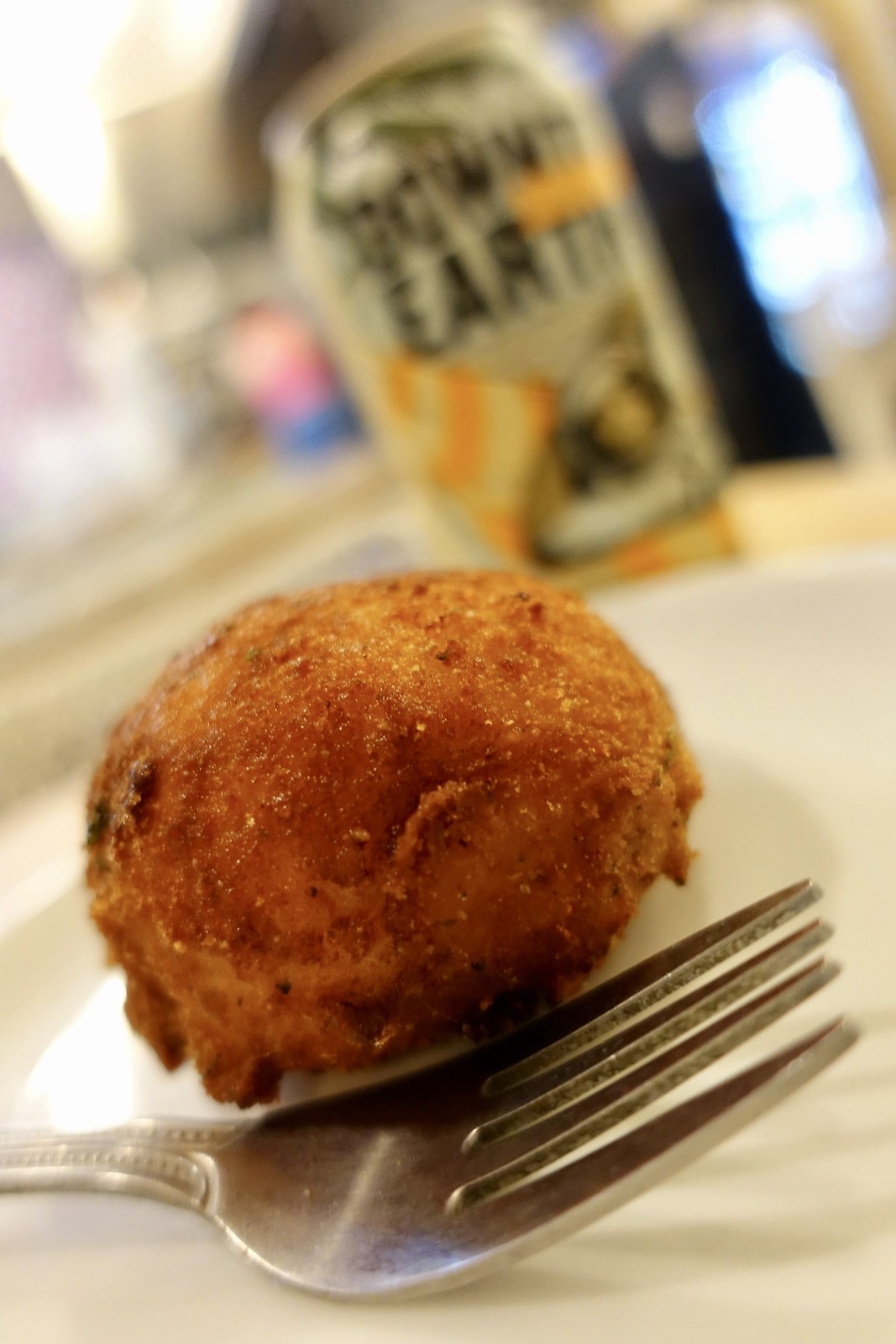 The main attraction on the Archestratus daily lunch menu is the selection of panini on slabs of homemade focaccia, but you’d be remiss if you didn’t explore the salads and vegetables. My standard order, if I’m hungry, is the $15 Enzo’s plate, comprised of one cold salad, two vegetables (the cold potato salad has a memorable lemon kick), and two meatballs. Since we had a few more places to hit, we settled for two glorious, juicy meatballs ($2.50 each a la carte), heaped with homemade tomato sauce and Parmesan cheese, and a bag of McClure’s dill potato chips, the best potato chips in the world. Mark was quite taken with Archestratus, and I think you will be too. Try to go on a Saturday, which is arancini day. Paige Lipari, the owner and chef, turns out what are possibly the best arancini (Sicilian stuffed rice balls) in New York City and sells them for the bargain price of $3, or free with a beer or glass of wine during happy hour.

En route to Queens we made one final stop in the northernmost region of Greenpoint, at another Northern European inflected bread and sweets purveyor, Bakeri. I am a huge fan of both the original, in Williamsburg, on a part of Wythe Ave that was a frontier when it opened back in 2009, and the newer Brooklyn branch on Greenpoint’s Freeman St that is standing room only on weekends. Besides the owner’s gorgeous design sense, which is reflected in the smallest details, and the blue mechanics uniforms worn by the “attendants,” Bakeri wows with its unique slate of bread and baked goods. Mark was hard-pressed to choose between their signature skolebrød and some other items, but his love of rhubarb propelled him toward a muffin containing said ingredient, along with some sourdough bread. 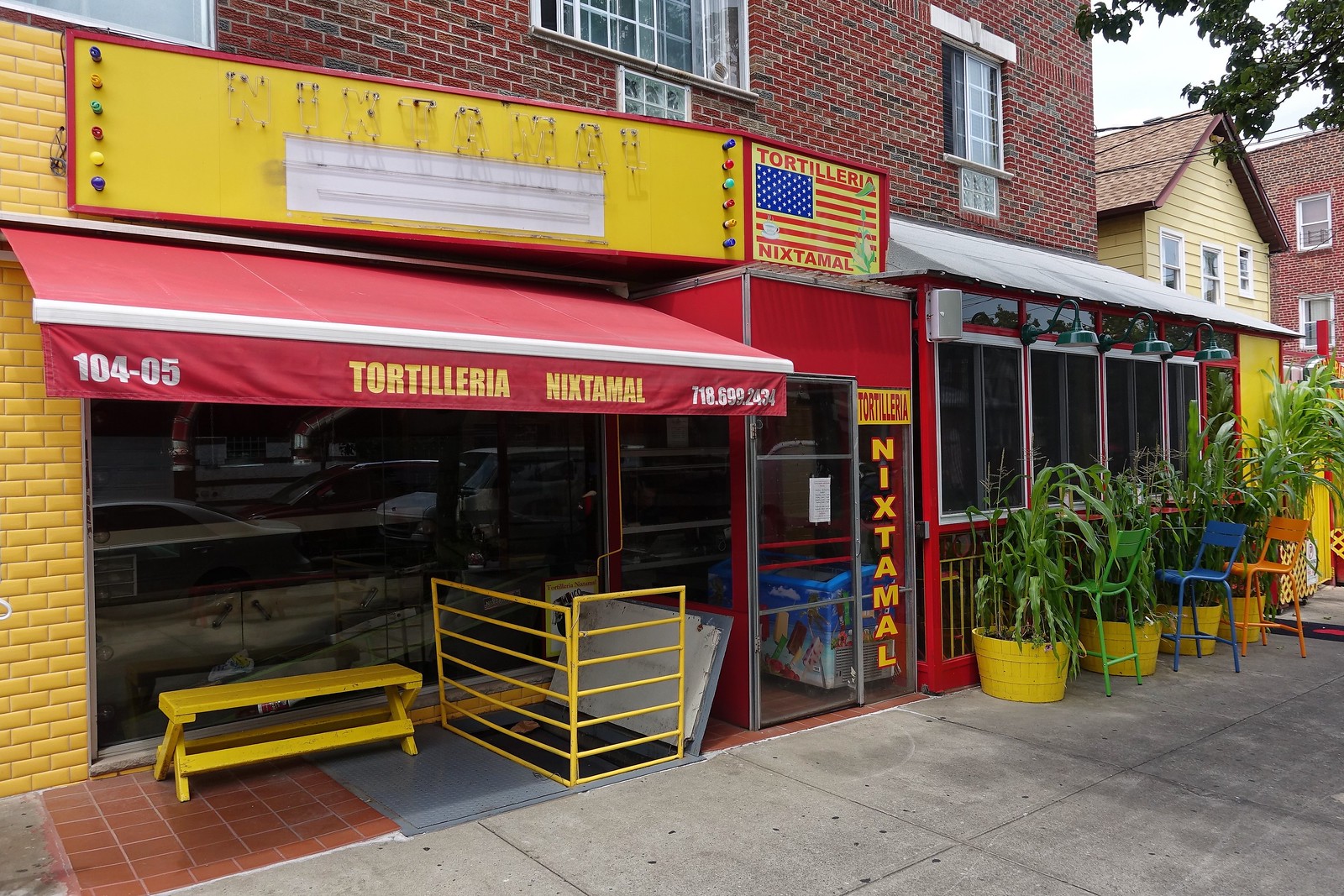 Tacos were the final order of business and we visited two spots in Corona, Queens: the famous Tortilleria Nixtamal factory/restaurant, and on a recommendation from Jim Leff, the founder of Chowhound, Cienaga Las Tlayudas De Oaxaca, a family-run deli and restaurant a few blocks from Nixtamal on Corona Ave. I had never been to Nixtamal and wanted to love it, but their offerings were served sans radishes and skimpy on the meat – al pastor was pretty good, others were just OK; more exploration is in order though, because people I trust love this place, and we only sampled a few different tacos.

Luckily, Cienaga redeemed the Queens leg of the trip, and despite limited English the beaming female proprietor was as friendly as can be. As Jim Leff had promised, the horchata was homemade and delicious and didn’t have the overpowering, one-note, cinnamon sweetness of most New York City versions, while the agua fresca de tamarindo (tamarind juice) had the appropriate deep, rounded flavor. The platos on the next table looked amazing, but eating ability was limited at this point, so we went with four tacos: chorizo, tripe, al pastor, and one unknown. Lengua (tongue) or cecina (brain) were on the menu but unavailable. 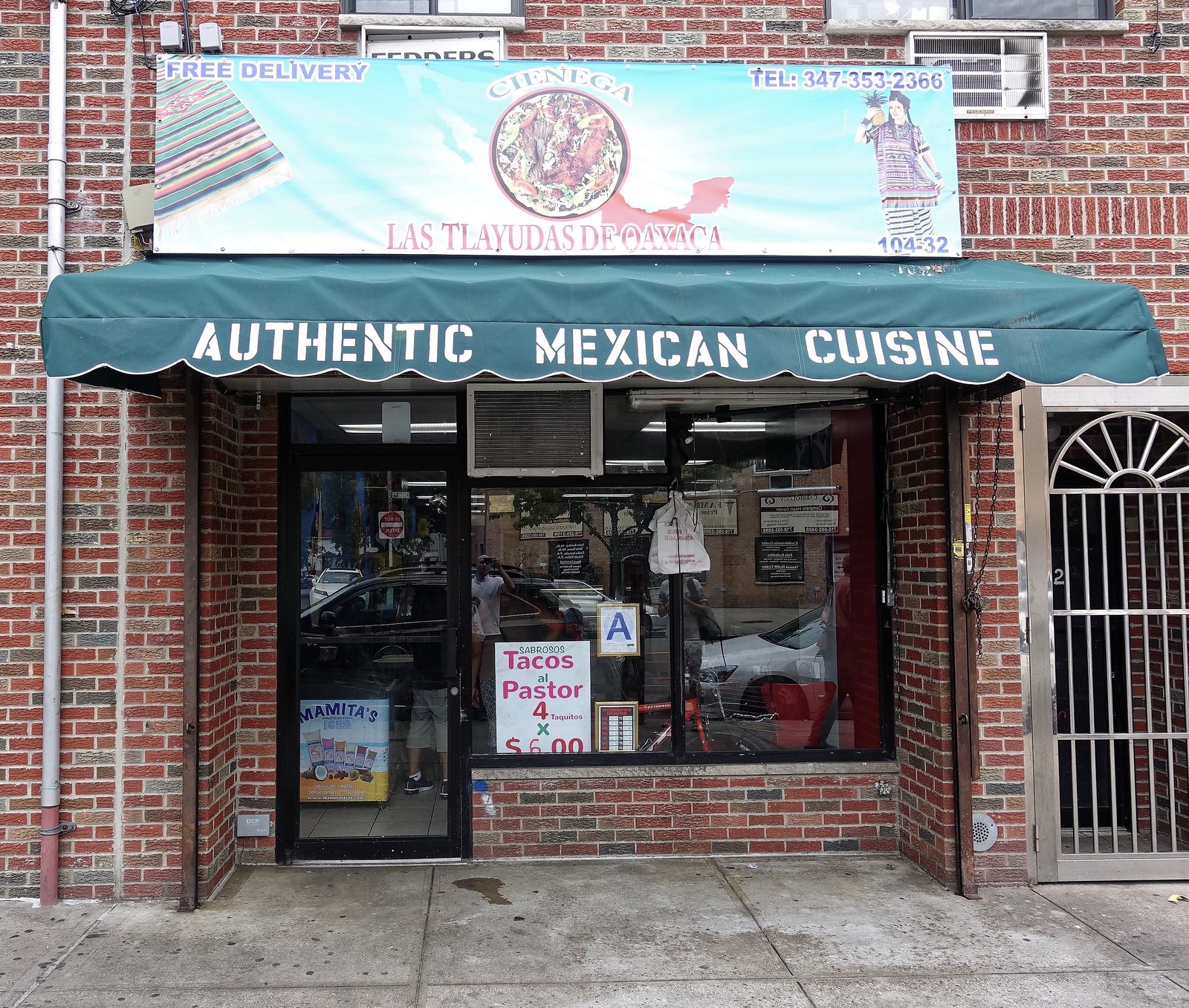 Jim Leff calls this the best Mexican restaurant in New York City. Although I do keep my hand in, I haven’t seriously explored Mexican food in New York City for years, so can’t personally confirm, but I’m willing to take his word for it. 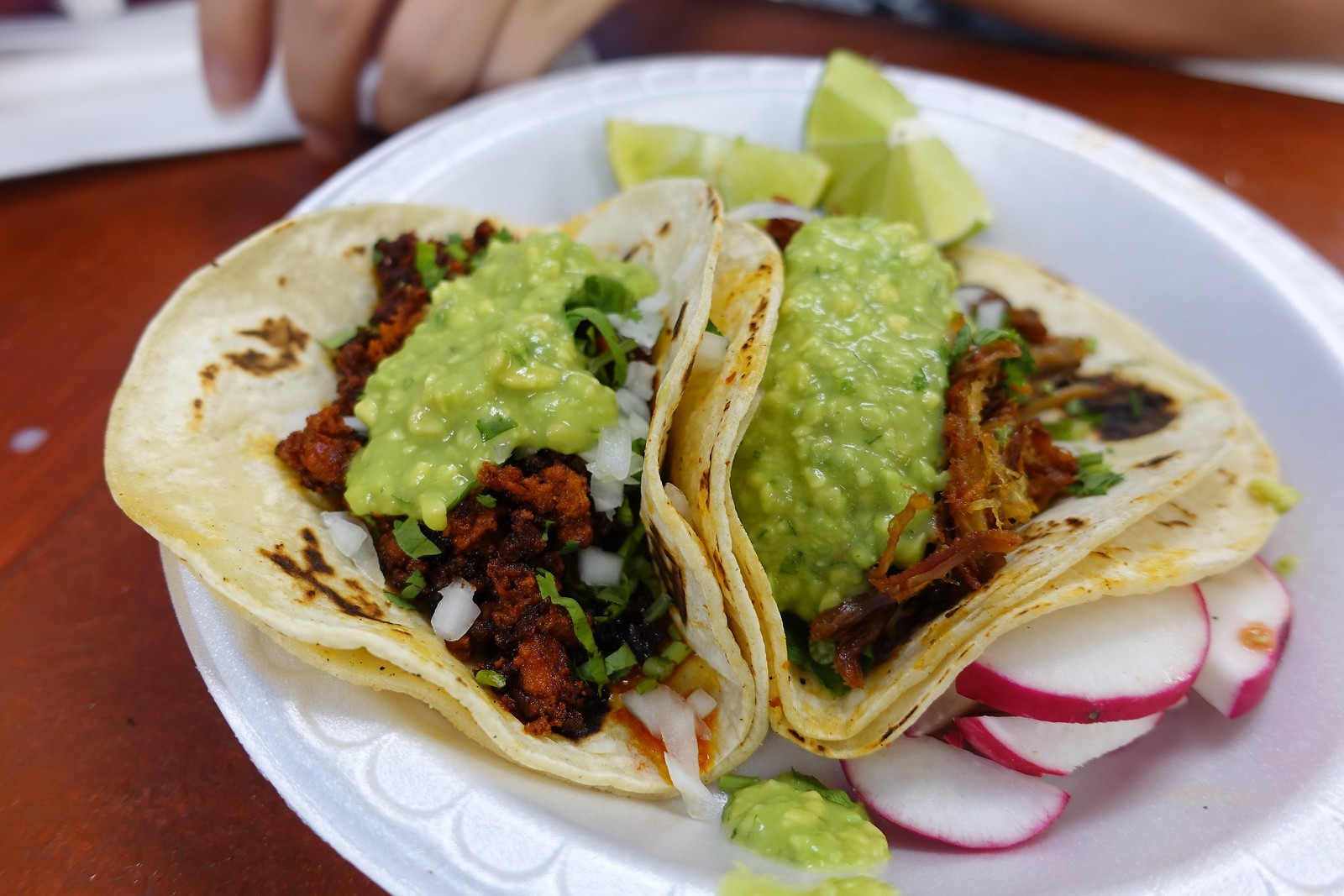 Cienaga’s tacos were amazing. Mark and I were groaning with pleasure at each bite of these beauties, with their crispy, oily, grilled meat, luscious dollops of creamy guacamole, crunchy radish, sour lime, and double corn tortillas, freshly made in-house. I’m looking forward to delving deeper on a future visit. Let me know if you want to join.