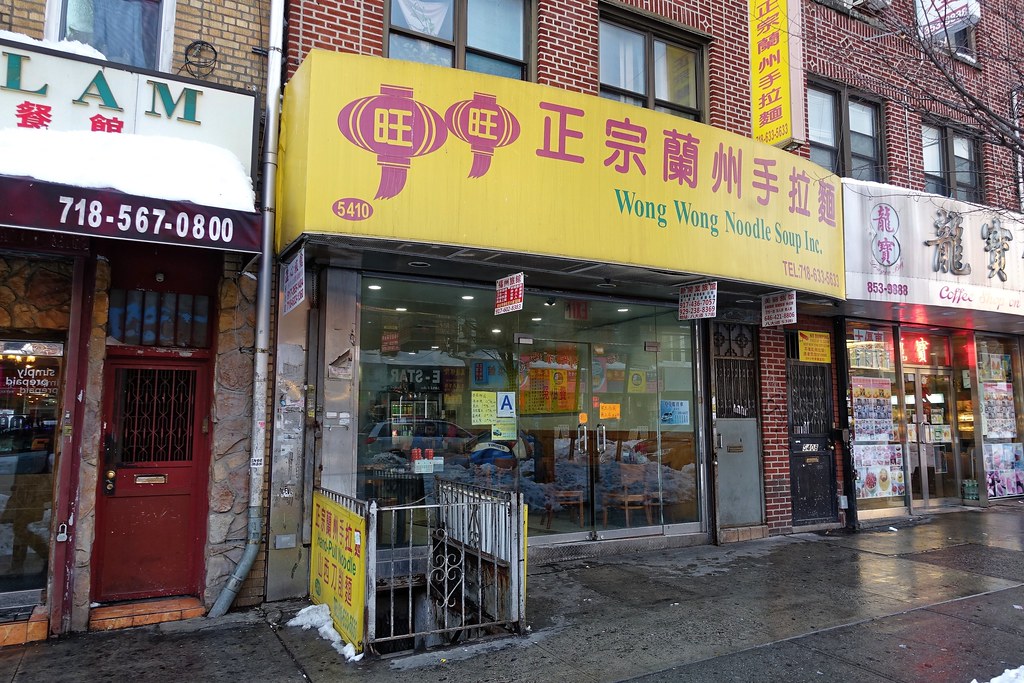 Unfortunately I can’t always eat my favorite foods at Yun Nan Flavour Garden. Sunset Park’s Chinatown has a lot of restaurants, and I’m determined to work my way through them. Yesterday I tried one of the many Fuzhou-run, Lanzhou style hand-pulled noodle shops there, Wong Wong Noodle Soup (旺旺罱州手拉麵). 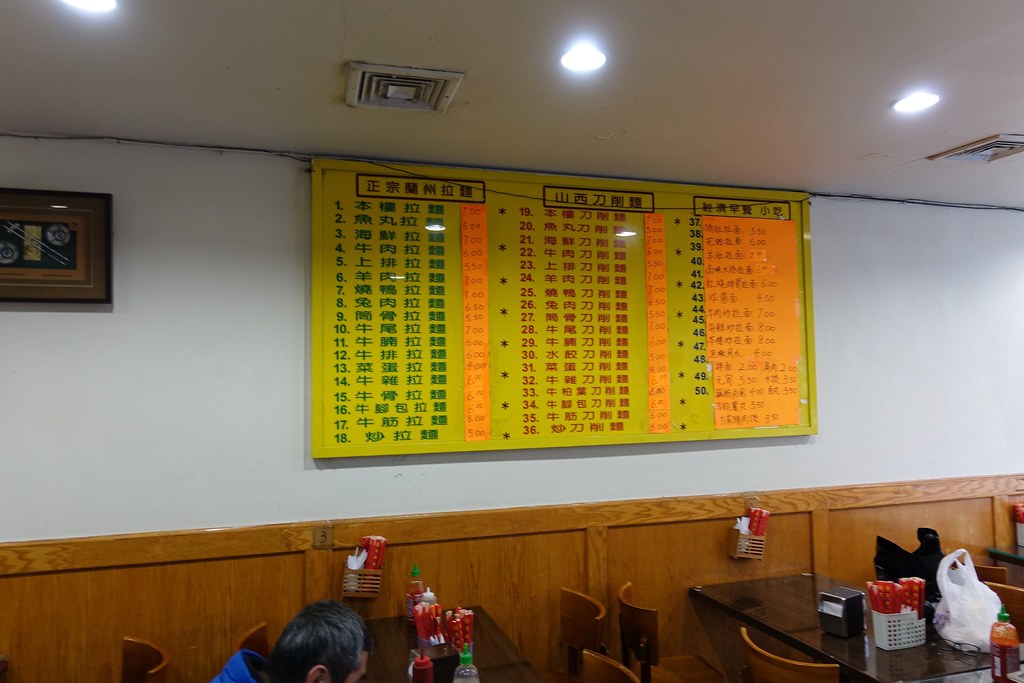 Upon entry we were initially daunted by the all-Chinese wall menu, but closer examination revealed that my nascent Mandarin would be reasonably up to the task of deciphering the categories on offer. However, there is a paper menu with English, so we were all set. As with most Lanzhou-style noodle shops, the selection is primarily of the noodle variety, either hand-pulled or knife shaved in soup, or covered with sauce, such as the meat & bean sauce we ended up with. Interestingly, we were asked to pay upon ordering. 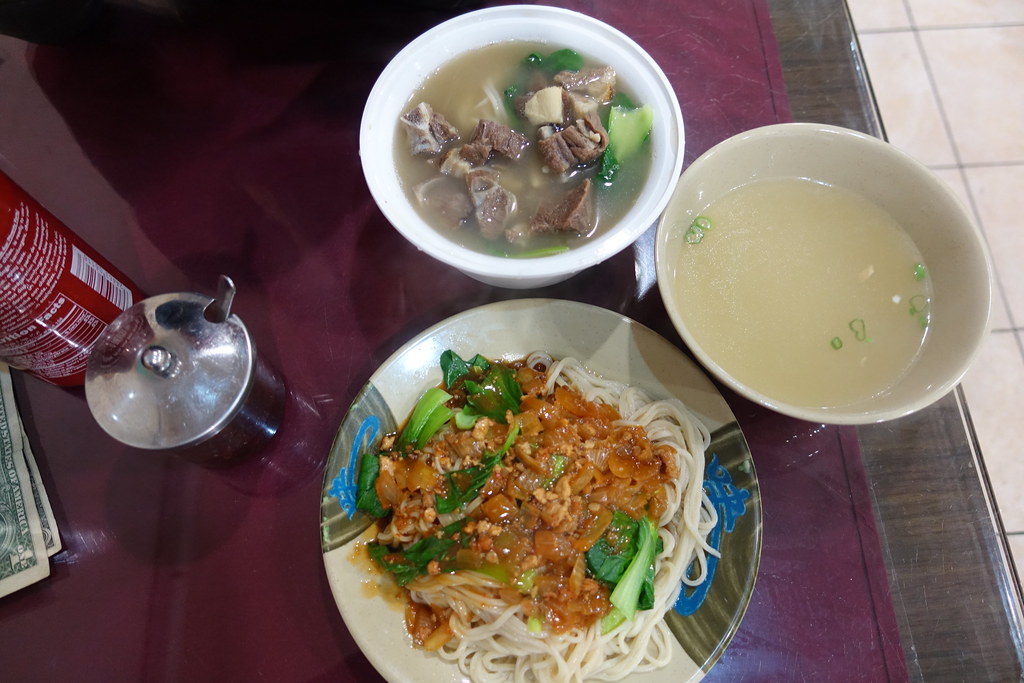 My friend and I shared the meat & bean sauce noodles (zhajiangmian – 炸醬麵) and a bowl of lamb hand pull noodle soup (yangroulamian – 羊肉垃麵), which were served with an extra bowl of clear broth, which I assume was for drinking, but can’t be sure. The noodles were appropriately chewy, springy, and satisfying in both dishes, but the soup broth was tasteless. And the zhajiangmian, while tasty, possibly used ketchup as a base, and I’m sure, a liberal helping of MSG. This is basic food, at a basic price ($11.50 for both) – filling and cheap.