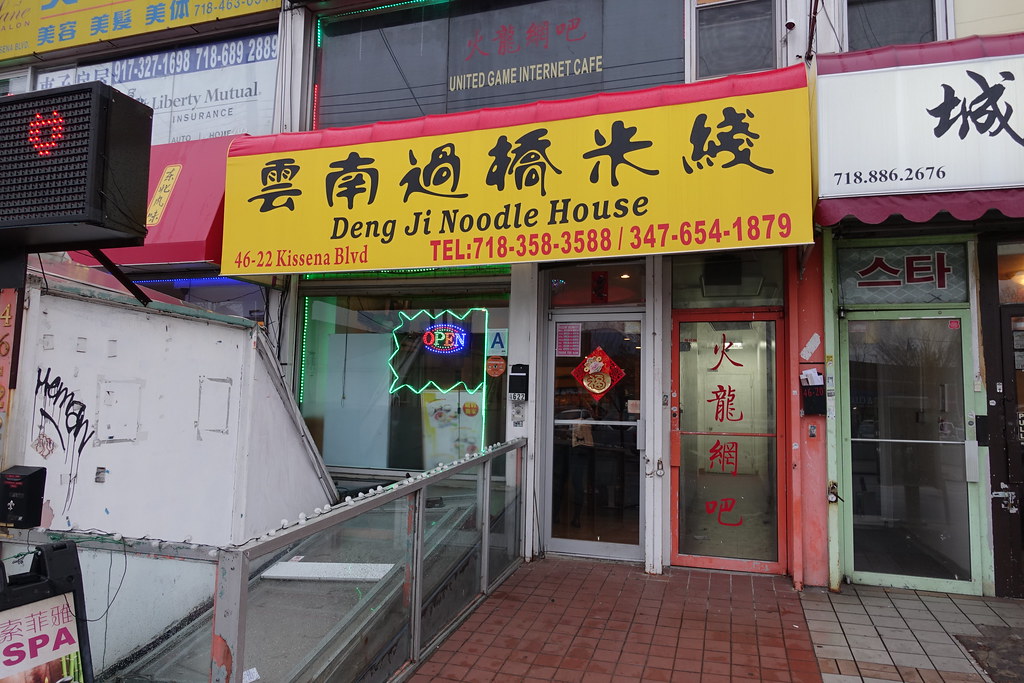 Sunset Park’s Yun Nan Flavour Garden is one of my go-to spots for affordable, high quality, flavorful Chinese food, so I was excited when a review of an unknown-to-me Yunnan restaurant, Deng Ji Noodle House (云南过桥米线), popped up in a Flushing blog a few months back, especially since there are very few places showcasing that region’s food in the New York City area. 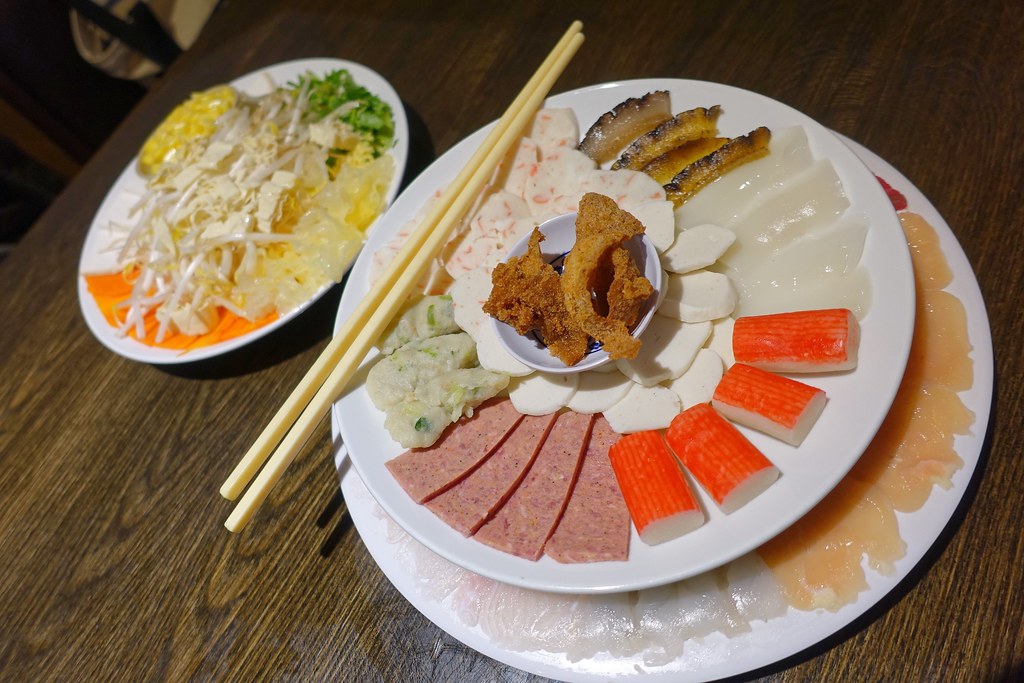 This past weekend, a friend and I finally made it out to Flushing’s Kissena Boulevard to kick the tires on Deng Ji Noodles. Save for cold appetizers such as marinated cucumber, black fungus, and preserved egg, their menu consists almost entirely of variations on the theme of Crossing the Bridge Noodles (过桥米线）- in an array of sizes, combo deals, and a la carte offerings. 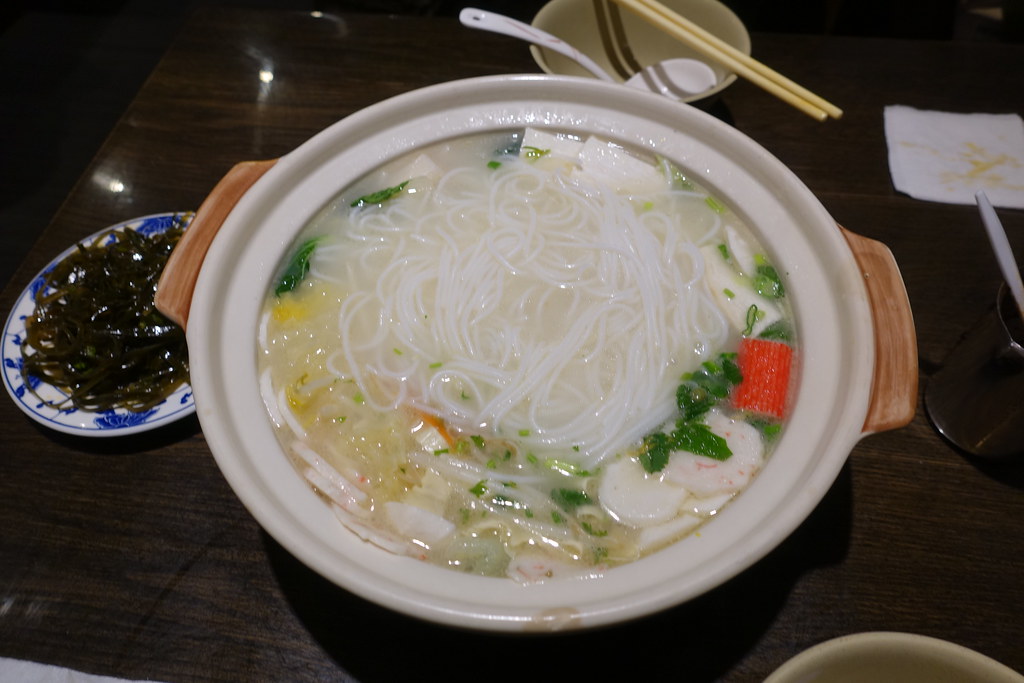 At the urging of the waiter, we opted for the Sweethearts GuoQiao Rice Noodle for 2 ($19.99), which includes two portions of rice noodles and a couple of plates arrayed with disappointingly generic-looking ingredients such as fake crab legs, all of which are dumped into a large bowl of steaming, milky broth. 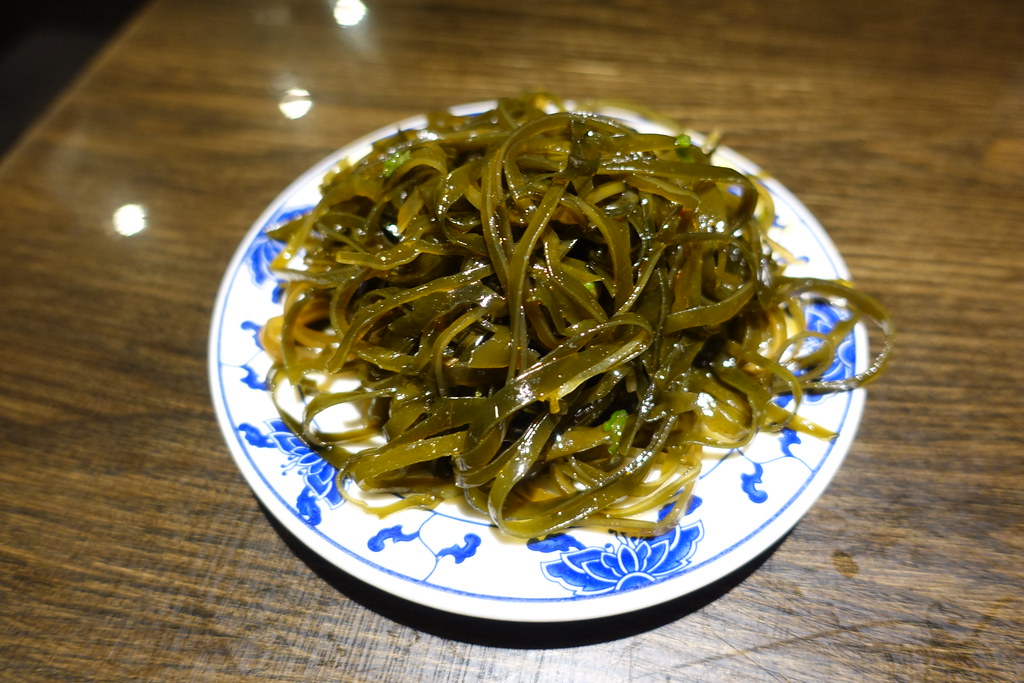 Although not terrible, there is nothing especially rewarding about Deng Ji’s take on Crossing the Bridge Noodles, which consists of a one-dimensional chicken broth populated with off-the-shelf ingredients. The best part of the two person package deal was the included seaweed appetizer, but it’s not quite enough of a pull to make me want to return.